With consumers increasingly intent upon making sustainable purchasing decisions, the adoption of bio-based packaging solutions should be very much in tune with the times, reports Des King. 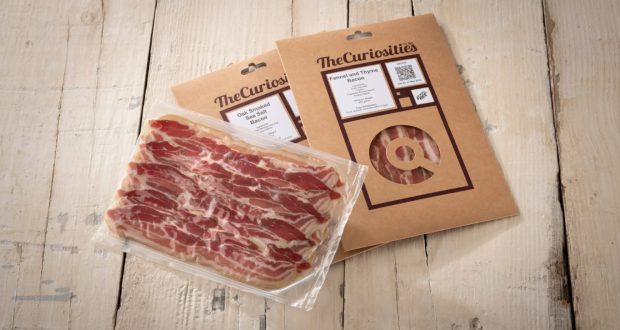 Around 50% of the five million tonnes of plastic currently in circulation throughout the UK each year is used for packaging; maybe a quarter of which gets recycled. This compares pretty well with the proportion of waste to consumption worldwide, which could be as much as 90% of total production. As the graphic images that have dominated media coverage over the past two years have illustrated only too clearly, it’s the material’s principal attributes in withstanding everyday wear and tear that are likewise its biggest disadvantages in effecting its disposal. Ironically, it’s quite simply too fit for purpose.

Hitherto, the bio-based sector has maintained a relatively low profile whilst the public debate has raged post-Blue Planet; wisely so since whether that plastic detritus polluting the oceans has been made from fossil-fuel or plant-life it’s still just as much a hazard to marine life. With the focus extending to the more critical concerns over climate change, however, and as the retail supply chain comes to terms with the sheer impracticability of abandoning plastic packaging over the foreseeable future the time couldn’t be more propitious for it to set out its stall as the go-to resource for a more sustainable direction of travel going forward.

On face value, however, the stats would suggest that this is easier said than done. Global production capacity of bioplastics was 2.11 million tonnes in 2019, and is expected to reach 2.43 million tonnes by 2024. Despite an upwards 21% growth rate, interim forecasts are comparatively sluggish with uplifts of 1.6-0.9% predicted respectively for 2021 and 2022. Plus it still only represents less than 1% of all plastics produced annually.

Even so, future prospects look promising. At the annual European Bioplastics conference (EuBP) held at the end of last year (Berlin: 3-4 December 2019), over 400 delegates drawn from 230 companies and over 50 countries worldwide were told by EuBP chairman Francois de Bie: “It is a pivotal time for our industry as the European Union (EU) is serious in developing from a linear to a circular economy.

This provides us with a unique growth opportunity. The new EU Commission recently announced a Green Deal for Europe and bioplastics will play a crucial role in helping to achieve it. To reach circularity and fossil-decarbonisation, it’s important to create a strong link between the bio and circular economy.”

Single-use plastic packaging has attracted most of the flak with legislation and guidelines rushed through to restrict its application – and with the newly appointed EU Commissioner for the Environment, Virginijus Sinkevicius, speculating that a general ban on all plastic packaging in Europe might be the optimum solution. Not only would this be too draconian a measure to ever gain support, it also flouts the growing acknowledgement that switching to other formats won’t necessarily reduce our CO² footprint. Glass bottles are heavier than plastic to transport. Paper bags not only have higher carbon emissions than plastic bags, but are also limited by the times they can be re-used.

Whilst reduction informs most of the measures being adopted, it is very much tied to consumption so volumes of packaging will inexorably rise, with as much as 500 million tonnes of plastic predicted to be in circulation by the end of the decade. For the proportion of it that can’t be recycled a practical solution could be to make it compostable.

Contrary to the Commissioner’s ‘Gordian knot’ approach, it’s a possibility that more sanguine voices within the EU are beginning to express. For example, having been almost entirely disregarded within the Single Use Plastics directive (SUP) hastily rushed through by the EU just over 12 months ago, there are now clear indications of a more conducive attitude towards ways in which compostables can make a positive contribution; not least its potential role in combating marine environment now timetabled for full evaluation by 2027.

There is, however, some understandable impatience with what seems to be muddled thinking coming out Brussels. “The whole problem with EU commissions is that there’s a complete and total schizophrenia,” says Bio-based and Biodegradable Industries Association (BBIA) managing director David Newman.

“On the one hand they’re spending billions of euros into researching innovative materials and ways of treating them or reusing waste for making bioplastics – and on the other hand you’ve got the environment directorate treating compostables as though they were micro-beads or any other single use plastic. There’s absolutely no market pull for the materials that they’re investing in producing. And when you challenge them they just say ‘well bioplastics are plastics as well so why should we privilege them when what we want to do is to reduce plastics’.”

In the UK, WRAP is expected to countenance a role for compostable materials in packaging streams and also as a way of reducing packaging waste where it’s difficult to recycle. Across the Channel too, some EU member states are making their own decisions irrespective of what’s discussed in Brussels – for example Austria, which has notably excluded biodegradable solutions from its ban on single-use plastic bags being introduced this year. Further afield, a clear distinction has been drawn between bio and non-degradable plastic by China in recent measures announced in respect of its single-use packaging, and where a concomitant reduction in the volumes of the 6.7m metric tonnes of HDPE that it imports, and the further 7.2m metric tonnes it produces itself, look certain to provide a boost for a bio-PE drop-in.

“This is a tiny part of the overall packaging scene. We have to focus on making materials that are actually useful and beneficial to the whole system rather than serving the ends of someone who just wants to incorporate some green-washing within their marketing strategy.”

In the meantime, UK suppliers are benefiting from the rising tide of interest in bio-based solutions, says Newman. “If you talk to all my members they’re sold out. Their material is not necessarily going to the Unilevers and the P&Gs of this world, but the SMEs that are taking it up do cumulatively total up to volumes. The question is whether that’s enough for the industry to be able to capitalise on it and invest in large-scale production.

“PLA is sold out; you won’t be able to get a kilo of PLA this side of 2022. As for other materials, well Novamont are putting in a new plant and even before that comes on stream they’ve sold out capacity. The industry’s doing very well; it’s growing and it’s working at capacity. But will it make a huge impact on plastic packaging yet? No, it won’t.

“It’s about where price is not the single biggest issue. The bigger brands are competing down to a fraction of a penny; a new brand is more focused on image and the ethical values it reflects. A cent more is not really going to matter.”

In distancing themselves from their fossil-fuel competition, compostables still have their work cut out in really explaining to consumers the benefits it brings. It’s an issue BBIA will be addressing in the spring through a programme of street interviews outside of Co-op stores, where shopping bags are sold as compostable bin-liners for food-waste collection.

“People actually do understand what all this is about,” says Newman.” If you do the right education/communication, you get the right results. By the same token if you think people are going to get it simply because you’ve put it on the market then you’re just fooling yourself aren’t you.”

The length of time the process can take is a further potential bone of contention amongst the sector’s critics, not least in relation to shaping consumer attitudes towards waste disposal; one of the reservations raised in drafting the EU’s Single Use Plastics directive (SUP) a year ago, notes the European Commission’s Werner Bosmans. “Biodegradability is seen by too many people – and that includes politicians – as a silver bullet. It isn’t; nor should it ever be taken as a license to litter.”

It’s a premise that Newman strenuously refutes. “There is not one piece of evidence which suggests that the myth is real at all. If people are going to litter then quite frankly it isn’t going to make any difference what the packaging is made of.”