Shipping during COVID-19: Why container freight rates have surged

UNCTAD examines the complex factors behind the unprecedented shortage of containers hampering trade’s recovery, and how to avoid a similar situation in the future. 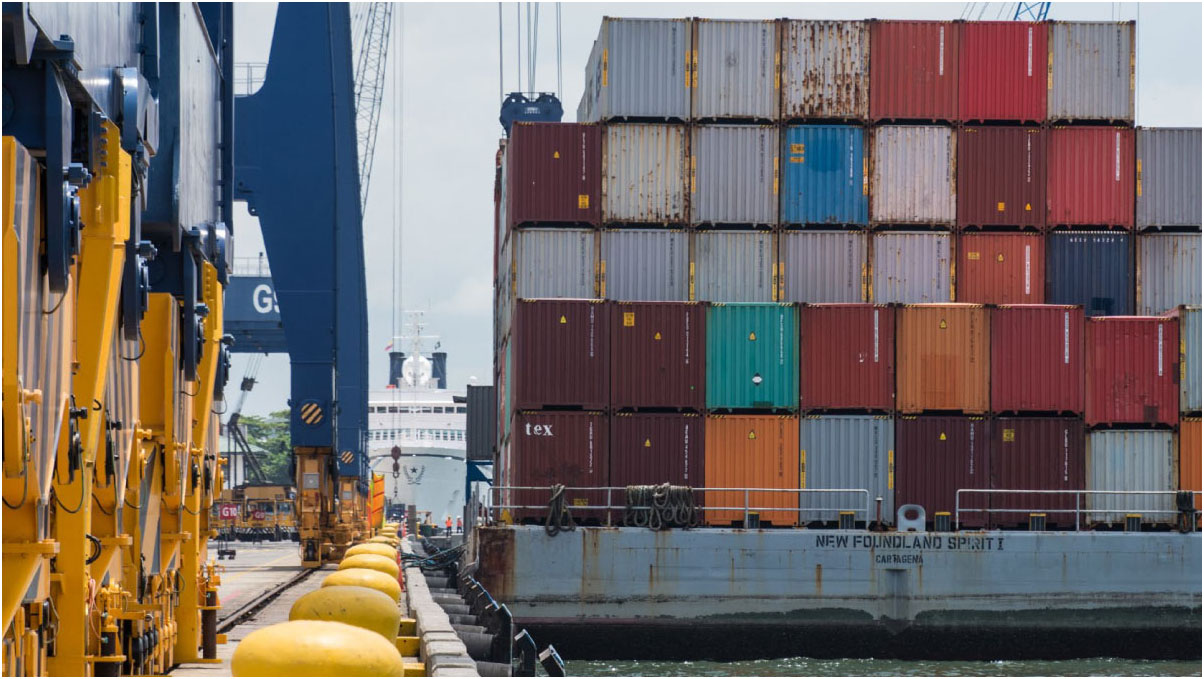 Containers being transferred in the port of Cartagena, Colombia. / UNCTAD Photo: Jan Hoffmann

When the Ever Given megaship blocked traffic in the Suez Canal for almost a week in March, it triggered a new surge in container spot freight rates, which had finally started to settle from the all-time highs reached during the COVID-19 pandemic.

Shipping rates are a major component of trade costs, so the new hike poses an additional challenge to the world economy as it struggles to recover from the worst global crisis since the Great Depression.

“The Ever Given incident reminded the world just how much we rely on shipping,” said Jan Hoffmann, head of UNCTAD’s trade and logistics branch. “About 80% of the goods we consume are carried by ships, but we easily forget this.”

Container rates have a particular impact on global trade, since almost all manufactured goods – including clothes, medicines and processed food products – are shipped in containers.

“The ripples will hit most consumers,” Mr. Hoffmann said. “Many businesses won’t be able to bear the brunt of the higher rates and will pass them on to their customers.”

A new UNCTAD policy brief examines why freight rates surged during the pandemic and what must be done to avoid a similar situation in the future.

Contrary to expectations, demand for container shipping has grown during the pandemic, bouncing back quickly from an initial slowdown.

“Changes in consumption and shopping patterns triggered by the pandemic, including a surge in electronic commerce, as well as lockdown measures, have in fact led to increased import demand for manufactured consumer goods,    a large part of which is moved in shipping containers,” the UNCTAD policy brief says.

Maritime trade flows further increased as some governments eased lockdowns and approved national stimulus packages, and businesses stocked up in anticipation of new waves of the pandemic.

“The increase in demand was stronger than expected and not met with a sufficient supply of shipping capacity,” the UNCTAD policy brief says, adding that the subsequent shortage of empty containers “is unprecedented.”

“Carriers, ports and shippers were all taken by surprise,” it says. “Empty boxes were left in places where they were not needed, and repositioning had not been planned for.”

The underlying causes are complex and include changing trade patterns and imbalances, capacity management by carriers at the beginning of the crisis and ongoing COVID-19-related delays in transport connection points, such as ports.

The impact on freight rates has been greatest on trade routes to developing regions, where consumers and businesses can least afford it.

Currently, rates to South America and western Africa are higher than to any other major trade region. By early 2021, for example, freight rates from China to South America had jumped 443% compared with 63% on the route between Asia and North America’s eastern coast.

Part of the explanation lies in the fact that routes from China to countries in South America and Africa are often longer. More ships are required for weekly service on these routes, meaning many containers are also “stuck” on these routes.

“When empty containers are scarce, an importer in Brazil or Nigeria must pay not only for the transport of the full import container but also for the inventory holding cost of the empty container,” the policy brief says.

Another factor is the lack of return cargo. South American and western African nations import more manufactured goods than they export, and it’s costly for carriers to return empty boxes to China on long routes.

How to avoid future shortages

First, policymakers need to implement reforms to make trade easier and less costly, many of which are enshrined in the World Trade Organization’s Trade Facilitation Agreement.

By reducing physical contact between workers in the shipping industry, such reforms, which rely on modernizing trade procedures, would also make supply chains more resilient and protect employees better.

The organization has also joined forces with the UN’s regional commissions to help developing countries fast-track such reforms and tackle trade and transport challenges made evident by the pandemic.

Second, policymakers need to promote transparency and encourage collaboration along the maritime supply chain to improve how port calls and liner schedules are monitored.

And governments must ensure competition authorities have the resources and expertise needed to investigate potentially abusive practices in the shipping industry.

Although the pandemic’s disruptive nature is at the core of the container shortage, certain strategies by carriers may have delayed the repositioning of containers at the beginning of the crisis.

Providing the necessary oversight is more challenging for authorities in developing countries, who often lack resources and expertise in international container shipping.